“Photo Wallahs” (1991) is a movie produced by David and Judith MacDougall. It is set in a northern Indian tourist hill station, Mussoorie and the main aspect of the film is to explore the world of photography. “Wallahs” literally means the person in charge, so a Photo Wallah is a professional photographer. The producers were interested in filming contemporary uses of photography in India and in the movie they compare the variety of work, attitude and way of thinking of the photographers of Mussoorie. The film presents them and their various interests on the subject, such as dressing up the tourists with fancy, traditional Hindu costumes and taking their photos. The photographers explain that when their customers wear an outfit to take their photos, they feel as if they were a completely different person.

The overall impact “Photo Wallahs” had on me was that I realized that a photograph could hide a story. Seeing a photograph after a long time can make one feel sad, happy, nostalgic and many more. I find extremely interesting the way the people of Mussorie treat photography generally and I understood that body language plays a crucial role. I am inclined to believe that the movie communicated almost all of its meanings in a very successful way, which led me to inner searches and thoughts. I asked a friend of mine from India about his opinion on the topic. His reply was: “Indian culture features a lot of different forms of art and expression. Lots of painting, designs, architecture, music, even festivals have themes of art. I really don’t know whether it has taken root or is common or thriving as an art form in India…. but as a country and a culture, we have too many amazing subjects for photos. It’s probably the true paradise of a photographer.” When speaking to him I admired the passion in his words and I suppose that is the Photo Wallahs (local photographers) emotions. 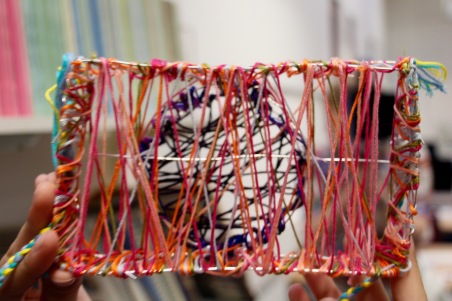 Even though this blog is mostly concerned with filming, there are undoubtedly common characteristics between photography and filming. The most basic one question that could apply to both is: How much of the reality being captured in the lens is actually real? And then there is a basic difference which leads to the question: Does astill photo tells less that a moving photo(video)? These two aspects could be explored by researching ethnographic photographs and video and critically identify similarities, differences and impacts to the audience.